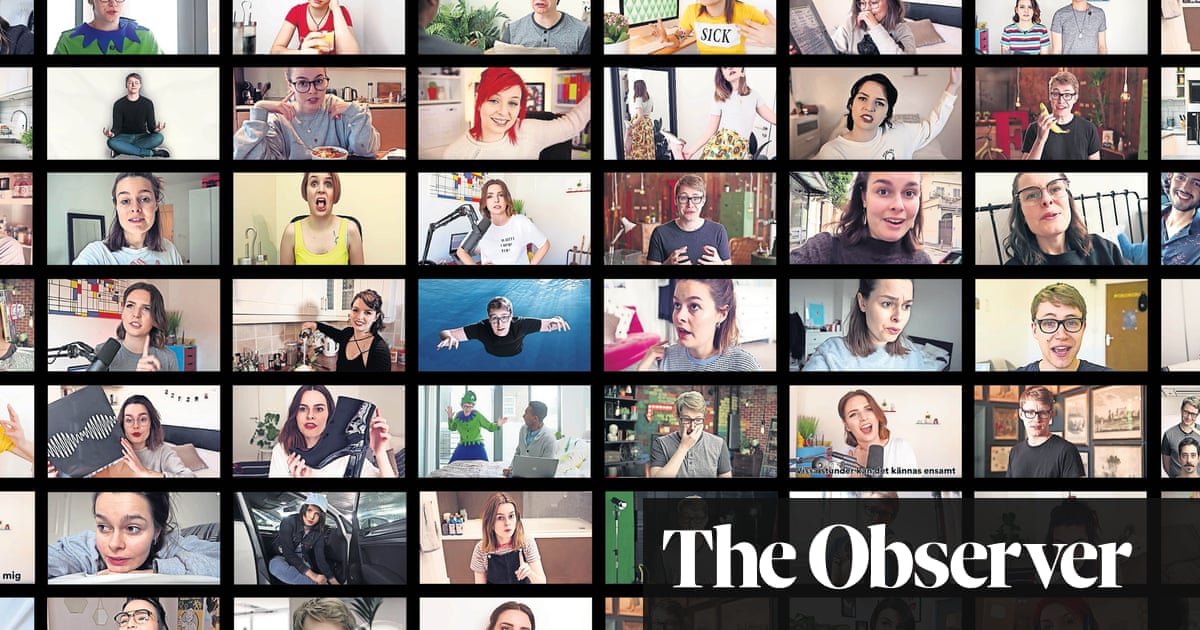 Why YouTubers are feeling the burn

Found this article super interesting- figured you guys might too!

Girl I feel this article REALLY HARD right now. I’m on day 10 of 16 of all work-no break. Taking some SERIOUS consideration into how to pare down without losing relevance.

I think that article is mostly about Vloggers, I don’t see why making a series can’t work like on TV where you have fans and it’s a season break, rest until the next season. If you make a quality show, in theory, the fans should come back.

I think she’s just saying she’s currently burnt out? That isn’t only a YouTuber problem?

It is about vloggers/YouTubers specifically, but the hardship of burnout isn’t just a symptom of their brand of videomaking. Also, that theory of fans should come back isn’t really relevant to web series creators in most cases, especially those starting from scratch. If you’re gone too long, people forget about you. But if you don’t take a break (like I haven’t taken a break in honestly months) then you’ll become nothing more than a husk and won’t be able to create the stuff that keeps people excited and it becomes a vicious cycle. You gotta fight for hours posting content and updating social media and newsletters for even a single fan, and if you go for too long without posting something, what use are you to them?

Maybe you’re right, who knows but, I think real fans don’t forget, look at all the TV shows that have been running for years, You never know as I said if the content is good, you should have loyal fans. One thing I have learned is that there’s always a way to break the cycle.

TV is a fundamentally different thing from independent web series, though. It’s like comparing public access TV shows to The Office- a TV show BEING on TV has a fundamentally different ability to attract and keep audiences, and to let audiences know it exists in the first place. Of course there are exceptions, but you can’t deny that the assumption that a “good” web series will attract the same audience behavior as a “good” TV show is flawed.

As I said there’s always a way to break the cycle, the same thing was said about streaming, Blockbuster gave Netflix the thumbs down when they approached them about teaming up - because TV shows are different to Web shows doesn’t mean it can’t attract and keep an audience, the gap between regular TV and streaming TV is shortening, Youtube is essentially a public all access TV station for anyone with content. As one person on here pointed out Star Trek discovery, Jessica Jones and the likes are streaming shows just like shows on Youtube, yes they have more money pumped into them but a Vlogger with his 10 dollar show can get a larger audience then Eastenders. And even now Youtube is making their own shows like the Karate Kid sequel and other shows that are new, Karate Kid sequel is getting a second season and people will have to wait until next year, the same with a few new ones without a following. I think it is possible to keep an audience via a streaming platform, again it depends on the content and the quality and knowing your niche market. Because it hasn’t been done yet doesn’t mean it’s never going to happen. Yep, I’m an optimist

I agree! I think it can be really scary to make stuff for the internet for an internet-specific audience! Because yeah that article is about YT but the same holds true for lots of web sites- if you aren’t always posting something, there’s so much other content people can go to instead! It’s why I’ve kinda been holding off on starting like social media for different projects and collectives because if I launch too early and can’t keep up the pace I feel I need to, I don’t want to disappoint people or set myself up for failure

I think we might be arguing different things? To circle back to the original comment on here that I posted, I am feeling burnt out by the rate at which I’ve been working and I need to slow down without feeling like I’m going to lose all momentum and the few fans I’ve collected over time. To circle back to the point I was trying to make in my most recent comment, I’m not saying there aren’t successful series creators at all- I’m saying that similar pressures exist for digital filmmakers as for the vloggers mentioned in this article- if you aren’t constantly engaging your fans/audience, it can be hard to keep them from project to project (and even from episode to episode) because without marketing and distribution support, you’re likely a one or two person team and one or two people can only keep up promotion at a consistent rate for so long without burning out. And I don’t think comparing what, say, I do versus what Jessica Jones does (aka Marvel) is useful in this context, because Jessica Jones A. definitely continues to put out content/interact with fans/consistently uploads content between seasons to keep people engaged but also B. has a full team of people working on that interstitial content and C. has the money to employ enough people to do that without forcing any single person to burn out/take on all the responsibility. Does that make sense?

I would say redefine what you think you need in regards to “pace.” There’s certainly an argument to not launching something intended to build audience if you don’t think you can consistently post, but also, “consistent” doesn’t have to mean you tweet four times a day for the rest of your life. Start with something like once a week for social media or, if you’re thinking of launching a supplementary blog or podcast or something, doing it once a month. If you want to escalate your schedule depending on new major content coming out, you can, but consistent just means there’s a steady pace at which content is being released, whatever that pace may look like for you and your time.

I guess that makes sense! I’ll think about it

This article is great! I think it’s shedding light on the pressure of making content, which we all feel as creators. I started experimenting with the vlog to have content for my audience in between episodes. So far so good! I’m not using Youtube for it though, I stream live on Facebook and Instagram. It is terrifying bearing your soul to the Internet, more than releasing webisodes IMO. However, I’m a fan of the transparency when it comes to creators and it’s okay to not be ok even if you are a public figure.